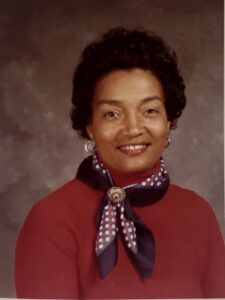 Actress/comedian Mya Rudolph was a guest on Saturday Night Live’s last show of 2020. She is an exceptional performer!  Every time I see her on television, she reminds me of her mother, singer Minnie Riperton who died of cancer in 1979.  When I was in training camp as a rookie for the St Louis

Cardinals football team, our family was also going through the unfortunate circumstance of my mother’s suffering from cancer.

I did not communicate much with my parents during training camp but when I heard of Minnie Riperton’s death, I wanted to share the news with my mother.  She remained quiet.  That conversation was so profound that it would signal the beginning of a rough fall and winter.  I was cut by the Cardinals and eventually got a part-time job in a bookstore while finishing my college courses so that I could graduate the following spring. That conversation with my mother was prior to my family taking a summer vacation to California to see friends and family.  They went without me! I believe Mom knew more about her condition than she led me to believe.  Mom and Dad behaved like that sometimes – leaving out how they really felt about things including her health.  At that time, I did not know much about the disease and how serious it was affecting mom. I believed my mother would beat the cancer and get better as the months of treatment would hopefully help her. How naive I was.   Her dying never entered my mind at that time. Unfortunately, she succumbed to the dreadful disease seven months later.  The greatest influence on my life and my career, could not beat those dire health circumstances that she fought for over two years. I think about her a lot – over 40 years later! Mom, although you would have been 89 years old on January 30 you are still missed and loved! 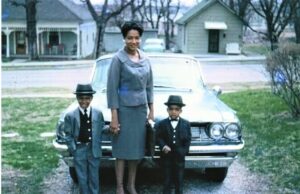